Imagination is more important than Knowledge

For summarizing several articles and conferences (3) that have expressed the critical importance of the “exchanges” (4) to build an almost all circumstances applicable “know-how”, “know-how-to-behave” and “let the other get the essentials at the same time”, the coming question could be “knowledge … is it about being an applied social scientist?”

Context and situationIn his last “A View from North Atlantic”, (5) Douglas S. Rebne has expressed an interesting thought that goes along our contextualization recommendation (s) and situational analysis of our French partner (6): “I cannot say definitely that every general decision-making context you’ll find yourself in is ultimately a problem of optimization. I can assure you, though, that a surprising number of situations are just that. In my view, it is essential that a manager-cum-leader (7) be self-conscious of one’s own bias in this matter and be open to the empirical possibility that non-linear expectations are, indeed, the “order-of-the-day”.

That statement brings a lot to be discussed for several years or … centuries: we already hear the “it depends on” or “what if” …
Let’s start with the “what if …”

What about the dimensions of our next scenarios?Future (8) is unforeseeable (it depends mainly on what we're discussing about, the complication level, the "distance", the position, the responsibility, and many others aspects). Hopefully, scenarios can help us in the conduct of our steps forward! We've to build the future!
However, conditions do occur and that may not be administered in some pleasant and accommodating “tricky ways”!
It means that “whys?”, after troubles of any sorts, have to be honestly, completely and clearly answered (remember the kids questioning their parents!).
Practically speaking, scenarios are initiated as from (too) simple “what if ?” questions (9) still expecting complete answers without any supporting explicit indication of what completeness implies to be simultaneously up the related challenge.

Content …Who is the King? I guess that you’ve already heard that question!
Content is the King … of the context. And the context has to admire the King.
Otherwise …
The kingdom dimension is up the size of the stepping forward context when it keeps itself admiring the King.
Logic but not that obvious.

These simple thoughts give an idea of what it means entering the expanding space-time universe, the multidimensional place in action where experts are supposed to write the best development scenarios for the demanding enterprises.

And then !? …Let’s take it reversibly …
The situation we are in has a context to seize which is implicating a specifically related content. Too often, is it not deciphered sufficiently. And the “balance” is missing! Communications are “handicapped” and generally loosing their target!
The most common solution many agree on, consists in the data qualification (full consensus, but what sort of data?), information (full consensus again. But what about the related information production rules and theory?), knowledge (whose reality isn’t that clearly interpreted) accumulation.

Finally, that doesn’t bring the expected successes.
Efficiency has gained some points in the various score-cards but the corporate innovation (11) hasn’t showed up: data and information were only components of the “way to” the targeted issue! 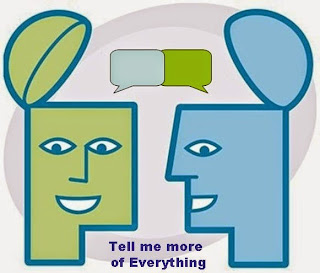 Looking further …Consequently, responsible operators decide to add a sort of “glue” in between them and collaboration is often mentioned as being the sort of “intra-crowdsourcing” system that leverages the power of the enterprise people.
Let’s add the clients, partners and experts to form revamped extended CoPs (12) along the Supply Value Chain plus their typically developed / implemented IS (13) to get a border-less “cloud crowd-sourcing” innovation catalyzer.

We’ll come back to that way of proceeding in our coming issue. The principle consists in the building of “something” that is operating and servicing in and thanks to an hyper-multidimensional space-time universe (STU).

That may not be expensive. The system is “simply based” on an improved intelligent map (14) where it becomes possible to build stronger connections between all the active (human beings and / or robots) and passive internal / external actors.
By the way, the BPML (15) has convenient operational elements to look at for the first physical and digital approaches.

… and moving beyond the 3d and 4th D !3D is a very well known set of 3 dimensions used to define a conventional space.
4D, actually, has got diverse interpretations: some consider it as time when others say that it has the capacity to unify space and time with various metrics. In that “new space”, the time is administered distinctively from the 3 other measures.
5D is an extra-dimension about which a lot of speculations have been formulated with several allusions to the relativity theory and related aspects.

Holographic principles have also been evocate: a 3D form animated above a supposed 2D place. A convenient way to look at some well conceived statistical figures or exploring brain maps.
These considerations are suggesting the concept of the space time fabric as defined by the physicist Gerard’t Hooft.
We’ve retained that (supposed to be the part of) “mechanism” for considering much more attentively the resulting evolution stages analysts are auditing as from their points of views during the enterprises life.

As it is made of myriads of elements of various natures -and this is really the biggest difficulty managers are confronted with- evolutions, progresses are rarely changing in a totally coherent and homogeneous ways.

The 5th D has intrigued many artists and authors in all ways of expressions. It involves time and space … travels. And we can relate these views to multi-scale environments, passing from the protein to neuron, brain, organism, organization, national economy, etc and see that they are adapting themselves to each other but not doing it homogeneously when they “cross” intermediate “spacetimes”.
As a matter of consequence, disorders are common issues and troubles of various intensities affect the harmony and progress quality level.

Cognition extension and social development through several IS-mediated activities are recommended for keeping the participants along the strategic views. But what human beings are “made of” may not be forgotten …it means all what is making them different. Differences being part of the reasons why they would accept (or not) working together.
Times are changing continuously and we are entering another world! Some of us haven’t noticed it yet …


For much more than too long, people and professional actors have arranged for writing reports and setting systems to accumulate and “bank” data considered as “knowledge” because of the quantity, and “knowledge management” because of the used methods and devices.

Considering these depicted practices as “truly ascertained”, its proponents come to say that KM is a software that is automating all related manual procedures and improving the subsequent operations.

An unavoidable prerequisite: the collaboratively written definitions of all related elements: data, information, knowledge, and theory … a very minimum that won’t be that easy to discuss!

Collaboration is critical: that’s the only way to make any idea and / or project understandable by all participants. In fact, they are all acting in a position that will differ from the other’s!

It’s a “4D dimension” that may not be overlooked.
And that is also the reason why we are all facing countless points of views!
In some other words, that it will become understandable everywhere and at all levels when it is appropriately contextualized -a starting point all are agreeing on- as from the earliest encounter and subsequent discussion.

Let’s go further and imagine the continuity problematic.
We’ll have to maintain a continuous actualization of the various contexts and their well explicated connections.
That addition to the KM system has a lot of advantages.
In fact, experienced professionals, those -ideally hyperlinked- proposed associations have more signification than thousands of lines because they get the event circumstantiations at the same moment.

As from that time, may we say that a real KM initiative has been undertaken?

But that isn’t enough for considering the system as being “global”: it takes what has happened, what’s going on plus eventual external “feeds” from information brokers or equivalent you’re paying for keeping your activities and contributors well documented!
Hopefully, governmental and other public institutions are supposed to notify freely changes in laws and / or administrative processes.
And that is also supposed to be “brought in” to avoid errors and risks of bad synchronizations (1).

Going further means moving one or more steps ahead and working with the “knowledge of what’s supposed to arrive tomorrow” or, to say it differently, “futuring the knowledge”.
That isn’t really new. But that isn’t a current practice either!
KM is NOT “a” software and we’ll start discussing the concept of “Futuring Knowledge Management” or the fundamental intelligence return to the essence of what we need for optimizing endlessly the global society organization!

The “KM reality” has been rapidly evocated; let’s look at the “KM futurity”!